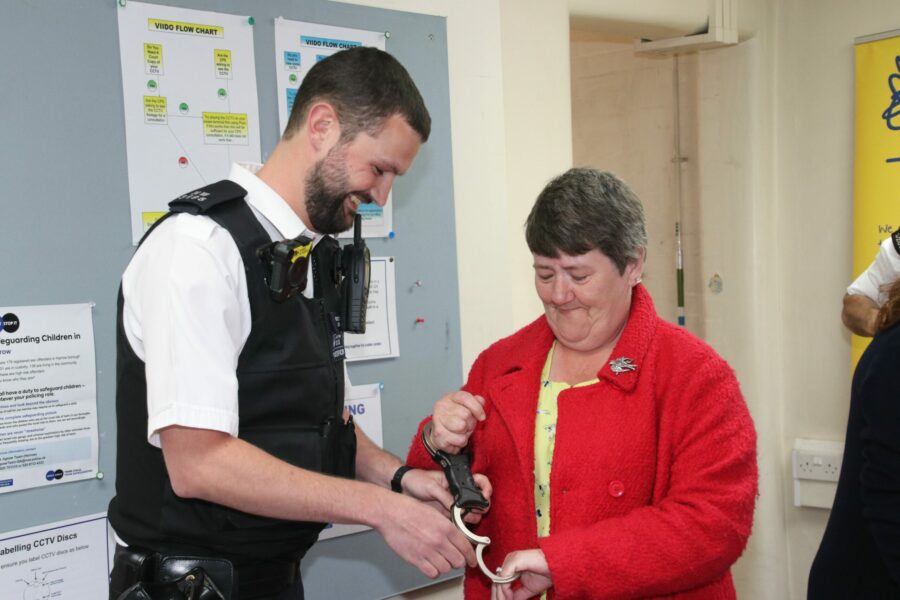 I have worked in mental health for 20 years, so when Mind in Harrow invited me to take part in their Jail & Bail event – I could not have been happier.

I asked friends, family and local business to sponsor me – that is to raise £1,000 bail to get me out of jail! The response I received was amazing! People were so generous and really wanted to support Mind In Harrow. From MPs to Assembly Members, they all supported my quest to raise much needed funds for Mind in Harrow.

The event itself I found a little scary. I was arrested, put in a police car, taken to the custody suite at Pinner Police station where I was met with a sergeant who read me my rights in a steely voice that scared the hell out of me! Then I was put in a cell until my bail was paid. My fellow prisoners and I were texting like mad asking to be bailed out – which eventually we were!!!

I would encourage everyone to be a jailbird for Mind in Harrow. It was so much fun and the money raised provides incredible support to people who really need it. Thank you Mind in Harrow for your ongoing commitment to supporting adults who live with a mental illness.